Welcome! If you don't want to miss anything, sign up to receive new posts via email. Thanks for visiting!

Check out my Video Soap Tutorials available here or get more information about the Soap Challenge Club here.

Before I started thinking about reformulating my regular cold-process soap recipe, I was playing with a new formula for a shampoo bar. The Beer & Seaweed shampoo bars that I currently offer are already my second best selling soap. They work really great for normal hair and balancing the oils in the scalp. The scent is what I call Deep Patchouli – an amazing blend of patchouli, cedarwood and lemongrass that clings to the hair. Not everyone is enamored with the earthy scents though, and I figured I might as well branch out a bit and try something a little different.

For my first test batch, I used the same basic recipe as the Beer & Seaweed, but this one is Coconut Honey. I used coconut milk for the lye solution and just a bit of honey instead of seaweed. It was scented with a synthetic honey fragrance that’s quite yummy!

I asked 12 of my customers who were either currently using or had used the Beer & Seaweed shampoo bar to try this new formula and give me their feedback.

Since it can take up to two weeks for someone’s hair to adjust to a shampoo bar after using commercial shampoos, I wanted to find out what state each person’s hair was in when they started the trial. The majority were already using a shampoo bar so their hair was adjusted to it. 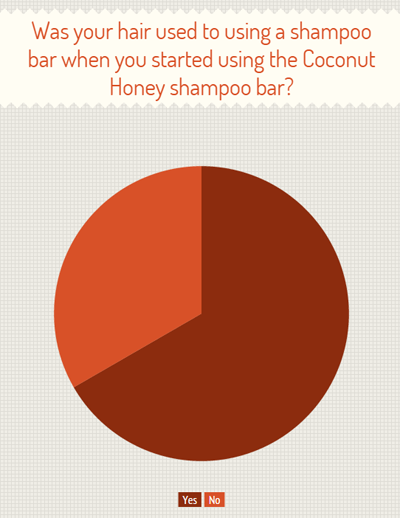 I also wanted to make sure I had people with a variety of different hair types testing the bar and see how each one responded. 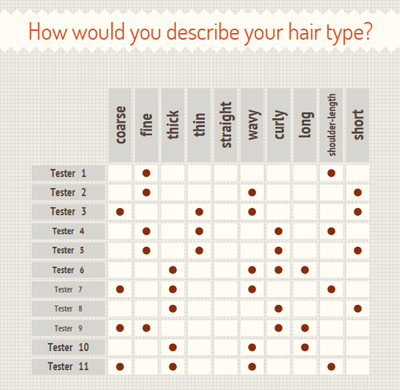 I was happy with the representation – pretty much everything except for straight hair!

Now it’s time to see how the Coconut Honey shampoo bar performs compared to the Beer & Seaweed one: 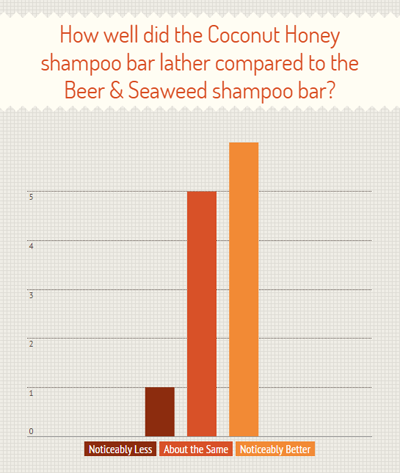 This actually surprised me! I didn’t expect the coconut milk to lather as well or better than beer! I’m just guessing the added sugars from the milk and honey are what boosted the lather to compete with the Beer & Seaweed bar.

Next, I wanted to find out what differences the Coconut Honey bar made in each person’s hair or scalp. 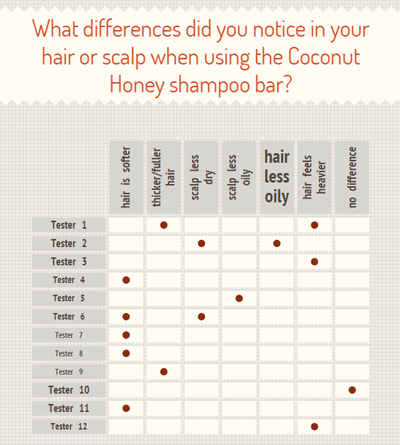 The results are somewhat inconclusive, but it would seem that it is a more moisturizing bar than the Beer & Seaweed. Of those who said it made their hair feel “heavy” or even greasy, two out of three had not been using a shampoo bar when they started the trial which could contribute to that feeling as the hair was transitioning from commercial shampoo.

Finally, I wanted to know how the testers would rate the Coconut Honey bar and whether they thought it was ready for market or if it needed any changes. 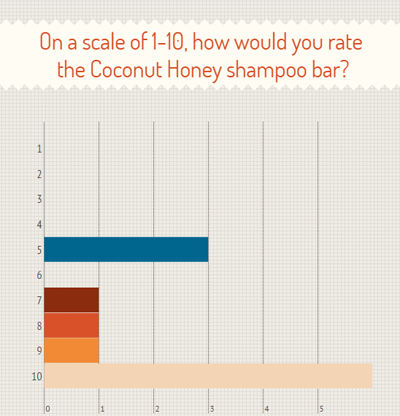 Half of the testers gave the Coconut Honey bar a “10” which was pretty impressive! Of the ones who rated it lower, scent was the main thing they would change. One requested that it be reformulated to make the “residue lighter”. 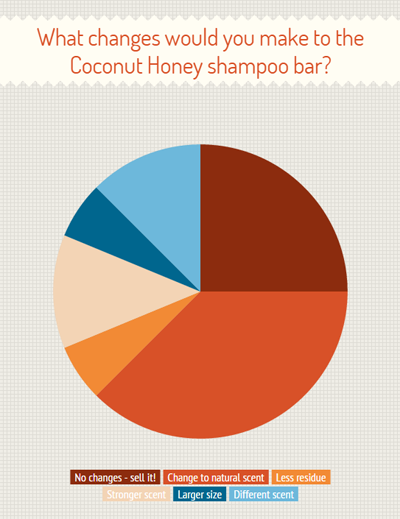 I believe a natural scent is the one thing that I would like to change about the Coconut Honey shampoo bar before I’m ready to sell it. One of my testers wasn’t even able to use the shampoo bar past the second day because of the synthetic scent. I received some great tips from my friend Michele about how much honey you need to add for the natural honey scent to come through in the soap. I’d like to attempt to increase the honey to that rate in this shampoo bar and have it re-tested. My only fear is that the honey is a natural humectant, which means it draws moisture to itself, and since this shampoo bar is already more moisturizing to the point of being too heavy for some, I’m worried that the added honey will make it even more so.

I’m certainly open to suggestions for a natural scent that would go with the Coconut Honey. I think it needs to be more on the sweet side, not herbal or earthy, which is a pretty tall order for natural essential oils. There aren’t many essential oil scents that actually cling to the hair, which was another request from the testers, but may not be possible.